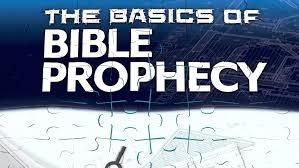 One of the critical building blocks in understanding end time prophecies, is an understanding of the four unconditional and eternal covenants God made with Abraham and his descendants. These covenants established a permanent relationship between God and His chosen people, Israel and will ultimately all be fulfilled in the Millennial Kingdom of Christ. In that day, Israel will be in right relationship with God forever, just as these covenants promised.

God promised Abraham, “In you all the families of the earth will be blessed” (Genesis 12:3, NASB). Certainly, this prophecy has been partially fulfilled in the blessing that has come to the entire world through Abraham’s greatest descendant, Jesus Christ.

The covenant should be understood as an unconditional covenant as the original promises were given to Abraham without any conditions whatsoever. Furthermore, when God reiterated the covenant to Abraham’s son Isaac and grandson Jacob, there were no human conditions (Genesis 26:2-4, 24; 28:13-15). The New Testament also expressly affirms the unchangeable nature of the covenant (Romans 11:1-2, 11, 28-29; Hebrews 6:13-18).

This unconditional promise of the land has never been completely fulfilled in history, but it will be fulfilled in the Millennium when Christ gives the Jewish people the land He promised (Isaiah 60:21; Ezekiel 34:11-16).

The three promises are descendants, land, and blessing:

There are seven main features in the program there unfolded:

(7) the nation will then receive her full blessing (Deuteronomy 30:9).

This covenant, since it builds on the Abrahamic Covenant, is also unconditional and is specifically stated to be eternal (2 Samuel 7:13; Psalm 89:3-4, 28-29). In this covenant, God promised David that someone from his house or dynasty would sit on his throne and rule over his kingdom forever. All believers agree that Jesus fulfilled this promise, being David’s greater son (Luke 1:32-33).

The agreement was for David’s Son to sit on David’s earthly throne and rule over David’s kingdom on earth forever. This must be literally fulfilled for the covenant to be valid and for God to keep His solemn promise to David. This promise will be fulfilled only when Jesus Christ, from the line of David, sits on David’s throne in Jerusalem, ruling over Israel in the coming Millennium and on into eternity (Ezekiel 37:22-25; Amos 9:11-15; Zephaniah 3:14-17; Luke 1:30-33, 69).

The specific promises in Jeremiah 31:31-34 are to the “house of Israel and with the house of Judah” (Jeremiah 31:31, NASB) and will find their ultimate fulfillment for Israel in the millennial kingdom when they are restored to the land with Christ as their king. (Notice the context of this covenant in Jeremiah 31:35-40 is the future Kingdom.) Even though the church participates in the blessing of the New Covenant, this does not set aside God’s clear promises to Israel.

As you can see, these covenants, in many ways, determine the course of future events. God’s promises to Israel are unconditional and eternal, yet they have not been completely fulfilled.

Almost all the key events of the end times hinge on the existence of the nation of Israel. Israel is the battleground for all the great end times conflicts. The people of Israel must be preserved and regathered to their ancient homeland to set the stage for end times biblical prophecy to be fulfilled.

The end times Tribulation officially begins when the Antichrist makes a seven-year treaty with Israel (Daniel 9:27). Obviously, for this to happen Israel must exist. The Jews must be back in their land. Ezekiel 38 and Zechariah 12 describe armed invasions of the nation of Israel. In the famous “valley of dry bones” vision of Ezekiel 37:1-14, Ezekiel’s graveyard vision symbolizes the national return, restoration, and regeneration of “the whole house of Israel.” Of course, this spiritual regeneration won’t occur until the Messiah returns.

The United Nations approved a national homeland for the Jews, and British control of the land ended on May 14, 1948.

CHRIST IS COMING TO REGATHER AND RESTORE FAITHFUL ISRAEL

This will be their spiritual regathering to the Lord in belief in preparation for the Millennium. In Matthew 24:30-31, Jesus says, “And then the sign of the Son of Man will appear in the sky, and then all the tribes of the earth will mourn, and they will see the SON OF MAN COMING ON THE CLOUDS OF THE SKY with power and great glory. And He will send forth His angels with A GREAT TRUMPET and THEY WILL GATHER TOGETHER His elect from the four winds, from one end of the sky to the other” (NASB). The believing Jewish remnant will be regathered, and the Lord will fulfill His covenant promises to them.