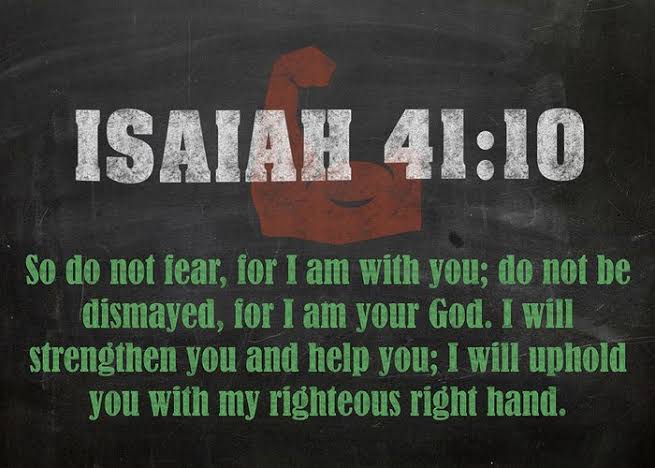 LIVING A LIFE OF FAITH AND TRUST

George Müller was a well-known Christian evangelist and the director of the Ashley Down orphanage in Bristol. Unlike many today who say they “live by faith,” the Müllers never told anyone but God of their need for funds. He always abundantly provided through their thankful prayers and humble waiting on Him. George Müller said, “Where faith begins, anxiety ends; where anxiety begins, faith ends.”

Hebrews 11 and 12 can basically be called the “faith” chapters of the Bible. Chapter 11 gives a general definition of faith and a slew of Old Testament examples. Chapter 12 sums up the principles of living by faith. As we will see, there’s much more to it than the contemporary sense that limits it to handling one’s personal finances.

Lay Aside Any Encumbrance

The writer of Hebrews said to “lay aside every encumbrance and the sin which so easily entangles us, and let us run with endurance the race that is set before us” (Heb. 12:1). The effective runner gets rid of the bulk and runs with the bare minimum.

Similarly, in the race of faith we need to strip off anything that will hold us back. Many things can weigh us down and hold us back in the Christian life: Materialism, sexual immorality, and excessive ambition are just a few that are common in our society. One of the things the writer of Hebrews probably had in mind was legalism. He was writing to a predominantly Jewish audience that struggled with that issue. They were trying to run the race with all their Jewish ceremonies, rituals, and rites. In essence, this writer said, “Get rid of all of that and run the race of faith. Live by faith, not Jewish works.”

Many Christians still live by works. They believe if they do certain things, God is obliged to keep score and say, “That’s wonderful: You went to a Bible study, had a quiet time in the Word today, did something nice for your neighbor, and went to church.” If those things are done in the overflow of one’s love for Jesus Christ as acts of devotion, that’s great. But there are many Christians who think they are meriting God’s favor that way. Instead of Jewish legalism, it’s Christian legalism.

Another weight or sin that “so easily entangles us” is doubt. A believer may strongly sense in his or her heart the truth of Philippians 4:19—“God will supply all your needs according to His riches in glory in Christ Jesus”—but become filled with anxiety when financial trouble comes. When we worry, we are doubting that God can keep His promises, and that dishonors Him.

What is our protection against doubt? Paul said that above all, take “up the shield of faith with which you will be able to extinguish all the flaming arrows of the evil one” (Eph. 6:16). When Satan fires his temptations, we stop them with the shield of faith. It’s arming ourselves with an attitude that says, “Satan, you’re a big liar. Nothing you say is true, but everything God says is true, so I’m going to believe God.”

The writer of Hebrews also said we’re to be “fixing our eyes on Jesus, the author and perfecter of faith, who for the joy set before Him endured the cross, despising the shame, and has sat down at the right hand of the throne of God” (Heb. 12:2). Jesus is the greatest example of faith who ever lived because He had the most to lose.

He came into the world as a man, bore the sins of the world, and died in the confidence that He would be raised by the Father and exalted once again. His act of faith remains forever unsurpassed. Our Lord Jesus Christ endured unimaginable suffering, but in believing God, He was victorious. That is why we’re to focus on Him.

The phrase “fixing our eyes on Jesus” is literally translated “looking away to Jesus.” Having the right focus is essential to completing any goal successfully. Your focal point must be beyond yourself. In fact, the sooner you take your eyes off yourself the better off you will be. When you run in a race, you shouldn’t look at your feet. You shouldn’t even look too intently at the other runners, comparing yourself too readily with other believers and jealously desire their faith or experiences.

What awaits us at the finish line of the race of faith? Joy and triumph. Jesus endured the cross “for the joy set before Him” (Heb. 12:2). For Jesus it was the joy of again being seated “at the right hand of the throne of God” (v. 2).

Ultimately, our real joy and reward as believers is to be in heaven with Christ, but here and now we can experience a great sense of triumph when we have victory over temptation. As you know, there are plenty of temptations to face. Here are some familiar voices, perhaps one being your own: “It’s not easy being a Christian. I’m ridiculed at work.… They short me on my office supplies.… My philosophy teacher attacks my beliefs in class.… My spouse makes our home life difficult.… It’s getting harder and harder to be a Christian in our society because we’re getting close to the end times.”

On that last point, more than ever I hear believers say, “We’re worried about what’s happening in the world. If things don’t change in our country real fast, we’re finished.” Christians shouldn’t live that way. We don’t live by the news; we live by faith in God.

The author of Hebrews was keenly aware that many such concerns in running the Christian marathon would plague us. Therefore, this is what he said to do: “Consider Him who has endured such hostility by sinners against Himself, so that you will not grow weary and lose heart. You have not yet resisted to the point of shedding blood in your striving against sin” (Heb. 12:3–4). In other words, “I don’t see any of you bleeding. It may be a little rough at work, you may get hassled in class, and you probably won’t get preferential treatment by the government or anyone else, but you haven’t been crucified like Someone I know.”

When you start thinking it’s too tough to live the Christian life, consider One who endured such hostility that He went as far as death—and realize you haven’t gone that far yet. Having that in mind has a way of keeping your anxieties in check. When you grow weary in the race, focus that much more on Jesus. Remember that His life of faith led to joy and triumph, and yours will too.

As mentioned earlier, the Christian’s joy isn’t relegated only to the future. A great part of our future will be devoted to joyfully praising God, and that’s something we can begin doing now. Proud people don’t praise God; they’re too consumed with themselves. Humble people are in awe of Him; thankful praise pours naturally from their hearts. The benefits of humility and thankful prayer join as one in praise, which in turn provides us with an awesome weapon in our growing arsenal for attacking anxious thoughts and feelings.

The Example of the Psalms

The point, as the author of Hebrews would say, is to get our focus off ourselves and onto God. Anxiety cannot survive in an environment of praise to God.

Praise is so much a part of God’s pattern for His people that He left us with a hymnbook filled with it. The Psalms are great hymns that the people of Israel sang and spoke. God wanted them—and us—to continually offer Him the praise of which He is so worthy. “It is good to give thanks to the LORD and to sing praises to Your name, O Most High; to declare Your lovingkindness in the morning and Your faithfulness by night” (Ps. 92:1–2). Praising the Lord morning and night sets the tone for our lives.

One great reason to study the Old Testament is that it powerfully reveals the character of God, enabling us to praise Him better.

For example, Habakkuk praised God for His character—that He is a holy, almighty, eternal, covenant-keeping God (Hab. 1:12–13)—and that praise solved a great problem in his own heart. He didn’t understand why God was going to judge Israel by sending the evil Chaldeans to conquer them (vv. 6–11). Habakkuk wanted God to revive and restore His people, but they had overstepped the limit of His patience.

In the midst of his confusion, Habakkuk remembered this: God is holy—He doesn’t make mistakes. God is a covenant-keeping God—He doesn’t break His promises. God is eternal—He is outside the flux of history. Following his praise, Habakkuk affirmed what we have been learning throughout this chapter, that “the righteous will live by his faith” (Hab. 2:4).

He felt better even though his circumstances hadn’t changed. God did allow the Chaldeans to overrun Israel for a time, but Habakkuk knew his God was strong enough to handle any circumstances.

Instead of worrying about problems we cannot solve, we should say, “Lord, You are bigger than history. You own everything in the entire universe. You can do anything You want to do. You love me and promise I will never be without the things I need. You said You would take care of me as You take care of the birds and the flowers. You have promised that Your character and power are at my disposal.” That kind of praise glorifies God.

God’s attributes are displayed in His works. The Psalms are filled with lists of the great things God has done for His people. They praise Him for parting the Red Sea, making water flow from a rock, feeding His people with manna in the wilderness, destroying their enemies, making the walls of Jericho fall, and many other powerful works.

After re-evaluating his problem, Habakkuk began to praise God for His works, trembling at the power displayed in them (Hab. 3:16). He affirmed that he would rejoice in the Lord, even if everything crumbled around him (vv. 17–18). Why? Because God had proved Himself in the past. That’s why the Old Testament contains such an extensive history of God’s works—so we can know specifically how God has proved faithful.

Remembering who God is and what He has done glorifies Him and strengthens our faith. To help you do that, read through the Psalms the next time you’re tempted to worry.